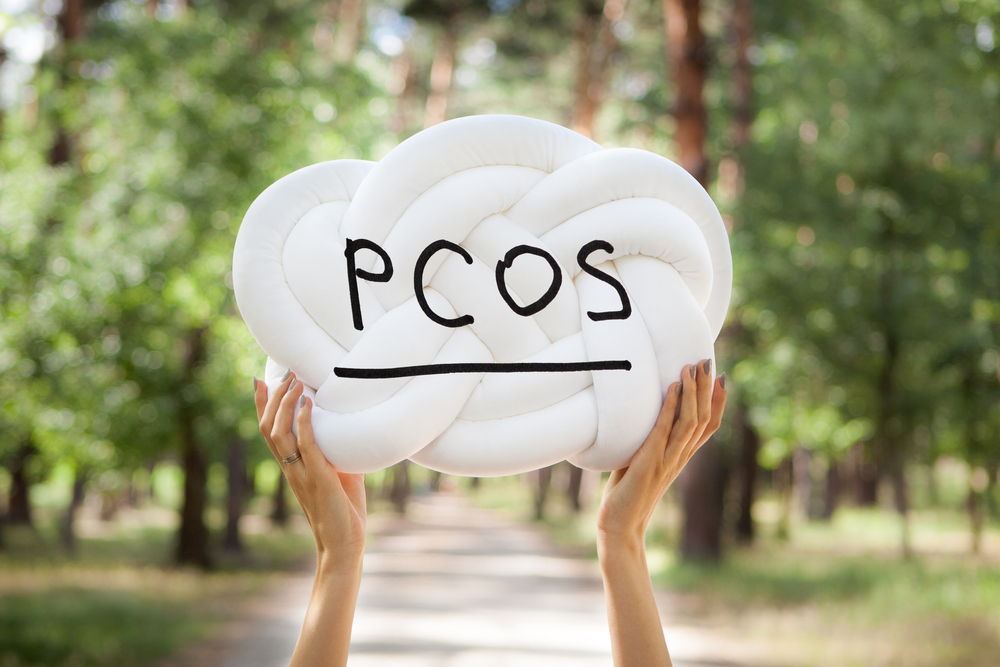 I’m Dr. Tom Rofrano, founder of the natural medicine clinic in Palm Beach Gardens, Florida. Over the last 34 years, I’ve had the opportunity to see over 100,000 patient visits. Many of my patients have gut and thyroid issues in addition to hormonal imbalance. Oftentimes, lab results will reveal a hormonal imbalance called PCOS. PCOS stands for Polycystic Ovarian Syndrome.

The main or most common symptom of PCOS is irregular or absent menstrual periods. In addition, severe menstrual cramps, excess androgenic hormones like testosterone DHEA, and polycystic ovaries are other common findings.

With PCOS, the ovaries become surrounded by fluid-filled sacs called follicles that surround the eggs. The ovaries can also swell up and cause a lot of issues. If a woman has two of these three symptoms, they can be diagnosed with PCOS: irregular periods, excess male hormones, or polycystic ovaries.

Menstrual cramps, PMS, and infertility are common symptoms of women that have PCOS. PCOS is one of the most common causes of infertility in women. Excess male hormones can cause increased hair growth on the face, back, and chest, as well as hair loss on the head. Oily skin and acne can be common complaints. The above symptoms are all signs of excess androgens (male hormones).

Hypothyroidism, thyroid nodules, and Hashimoto’s (autoimmune thyroiditis) are commonly observed in women that have PCOS. What are the underlying causes? The main cause is insulin resistance. Insulin resistance can lead to increased testosterone production from the ovaries, causing many of the symptoms.

Other hormonal imbalances, like increased DHEA (an adrenal hormone), can be involved too. Prolactin and luteinizing hormone (LH) are other hormones that can be too high. There also may be a genetic component as well. I like to dig deeper and identify the root causes.

When I do an evaluation, I run comprehensive testing for five different areas of underlying root causes. For instance, I often see deficiencies of iron, B12, folate, magnesium, and vitamin D. Vitamin D is a prohormone that’s really important for regulating hormones and insulin.

I also check for environmental toxins (like too many plastic compounds) as well as heavy metals and their components. Under infections, I often see Epstein Barr Virus (EBV) or gut infections. Most often patients with PCOS suffer from digestive issues, gas, bloating, and IBS. With GI stool testing, I often find bacterial overgrowth, yeast/candida overgrowth, and parasites.

Hormone dysfunction is usually linked to adrenal dysfunction. Stress can cause the adrenals to have some imbalances over time, initially excess cortisol—the stress hormone. DHEA or cortisol can also be depleted from excessive stress over a long period of time.

The 5th area of testing is food sensitivities. Almost every patient that I have seen with PCOS has a gluten sensitivity. It often has a large effect on insulin resistance. Gluten sensitivity is the main food intolerance I find, but there are other foods as well that are commonly involved in causing food reactions.

Food reactions cause inflammation and are often a large piece of what causes PCOS symptoms. The above-mentioned issues we test for are often the main root causes of PCOS.

I had a 36-year-old female patient who came in for thyroid nodules. PCOS is often involved in causing thyroid issues. Not only was she dealing with thyroid issues, but she also had PMS, painful menstrual cramps, heavy periods, infertility and prior miscarriages, excessive perspiration, anxiety, depression, fatigue, acne, aches and pains, and headaches.

After doing a thorough evaluation I put her on the main component of our treatment plan, the FreeDiet®. In her case, not only was she gluten sensitive, but she was reacting to other foods. The FreeDiet® is not just free of gluten, but free of gluten, grains, sugar, yeast, dairy, eggs, soy, legumes, nightshades, and processed foods. It’s free of all those commonly allergenic foods responsible for causing inflammation, digestive problems, and other chronic health issues. I had her on the FreeDiet® along with the appropriate supplements.

Four weeks later, when I re-checked some of her lab work, her testosterone dropped in half from 42 to 22 to the normal range. Her DHEA, another androgenic hormone was cut by almost 100 points to normal levels, and her estrogen dropped by almost 100 points to normal, where she previously had estrogen dominance. Her progesterone increased by a factor of 10X and her ferritin (which is a sign of insulin resistance) dropped almost a hundred points to normal, and her inflammatory marker (C-reactive protein) went from 57 to less than one.

There was a dramatic reduction in inflammation, which really drives insulin resistance, inflammation, and so many different chronic health issues. A major purpose of the FreeDiet® is to reduce inflammation and insulin levels, which allows you to heal. While women with PCOS typically struggle with weight loss resistance, she dropped 20 pounds. She went from a size 12 to a size four within two months and was thrilled about that as well.

I call these the Functional Five™ supplements. The multivitamin has high levels of nutrients like chromium and vanadium that help also with blood sugar regulation, which is very important for insulin resistance.

Zinc Glycinate – as extra zinc can be helpful for PCOS.

Hormone Balancer™ – myo- and d-chiro inositol combination that’s been shown to be helpful for PCOS.

The treatment plan for PCOS is based on what each patient specifically needs. Someone may be iron deficient, whereas someone may need some other nutrients that they’re low in. One woman may need 10,000 units of vitamin D, whereas many people only require 5,000. It really depends on the fine-tuning of the individual case, but generally, the above is what I use foundation.

Have hope if you have PCOS, even though online it says there’s no cure and you’re just going to have to live with it. For most chronic health conditions, if you identify the underlying root cause you can often be provided with long term permanent solutions to help you get better.

For Help with PCOS

Thanks for joining me today. If you’d like a free copy of the FreeDiet® phase one food chart, click here. If you would like help personally, call us at 561-627-5800 or email us at info@nmcwellness.com. We would love to help you.